Sympathy Flower Shop - Houston Funeral Florist is a full service funeral florist specializing in sympathy flowers, green plants, and bereavement bouquets. We offer same day and next day delivery to many of Houston area funeral homes. Free delivery is available for all online orders in our delivery area. There is a large variety of heart shaped, cross shaped, wreath and standing spray funeral flowers as well as sympathy arrangements and casket covers. All casket covers include complimentary pallbearer boutonnieres. You also have the option to add banners and ribbons to your funeral flowers.

Login to check your balance or redeem rewards

One of the most awkward things about attending a memorial or funeral service is finding the exact words to show one’s sympathies and support to the bereaved family as well as respect. It can be very awkward because you might not really be able to express what you really want. Funeral flowers have been used as a very important instrument in conveying messages that can never really be explained by words. One of the most often asked questions is who buys the casket flowers?

Casket Flowers for the Funeral Service 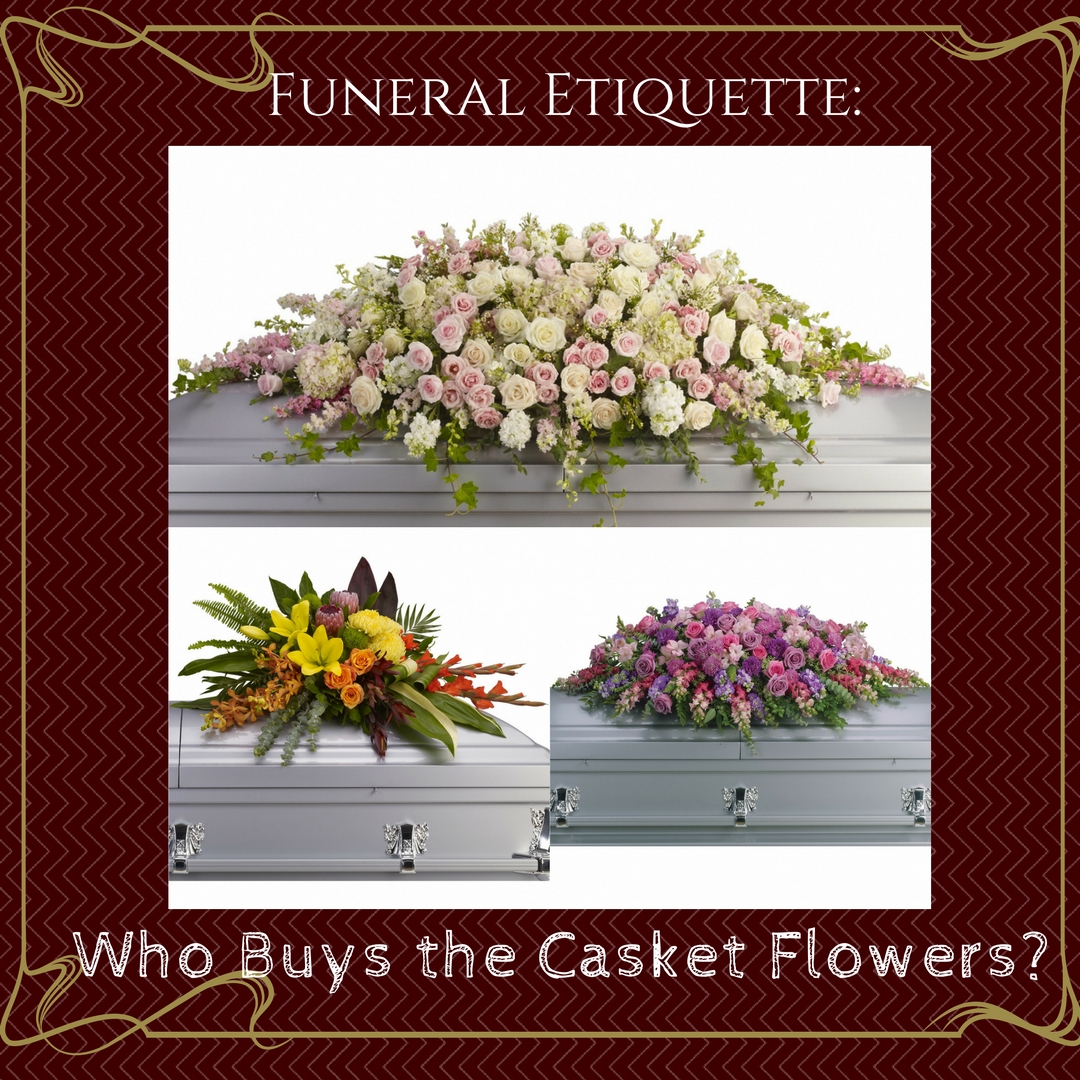 Unfortunately, sending the wrong sympathy or funeral flower can have the same devastating effect on the bereaved family as an ill-timed or even demeaning word.

As such, it is very important to have an understanding of some funeral flower etiquette to really convey the right message.

So Who Buys the Casket Flowers?

One of the most often asked question is who buys the casket flowers? Generally, flowers used in memorial or funeral services take a hierarchical structure depending on the relationship of the flower provider to the deceased.

Where Flowers Get Placed at the Funeral

Now, consider it as three concentric rings with the innermost ring as the casket. Generally, flowers to be placed in the center of the ring – the casket – are exclusive to immediate members of the deceased’s family, both his family of orientation and his family of procreation.

The middle ring is allotted to distant family members and relatives up to the third and fourth filial degree. The outermost concentric ring is given to all other individuals showing their respect for the departed and sympathies for the bereaved family. 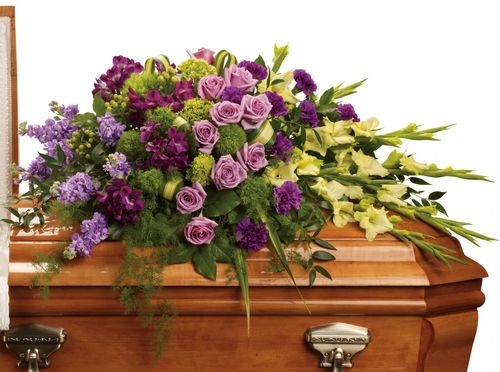 It is therefore crucial that only the spouse, children, siblings, and parents can place flowers on the casket of their dear departed. In military funeral tradition where the casket is draped on the national flag, the bereaved family can choose to place a standing spray instead. In some cases, they can also provide minimalist floral arrangements at the foot surrounding the casket. This is to give precedence to the honor of being draped in the national flag.

Other floral arrangements for other areas of the funeral home or the church can be provided by distant members of the family and friends and acquaintances. To put it simply, only the immediate family has the right to put any type of flower arrangement on or within the immediate vicinity of the casket.

Casket Flowers and Other Pieces for Funeral Services

When buying funeral flowers, the more conventional choices include carnations, roses, and lilies although chrysanthemums and gladioli are also sought after. As a general rule however, the choice of flower should not detract the attention from the deceased. Flowers should be as neutral as possible so that people will not have their attention drawn to the flowers instead of the memorial or funeral service.

So who buys the casket flowers? Only those closest to the deceased have the inherent right to do so.